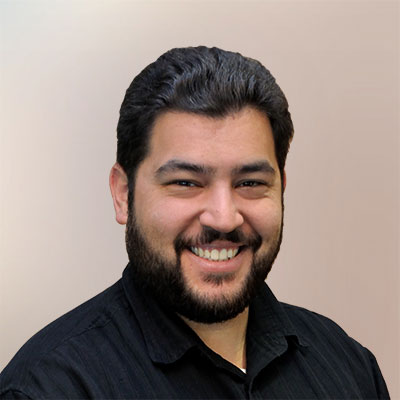 At Knexus Research, Justin has worked on both AI research and associated software engineering projects. His research focuses on high level reasoning for unmanned ground and air vehicles using Goal Reasoning frameworks and its corresponding AI systems. Justin has published his research at ICCBR, FLAIRS, ACS, and ICAPS as well as various workshops including IJCAI on the topics of Goal Reasoning, Behavior Recognition and Planning.

As a software engineer, Justin has developed physics based simulations for testing autonomy frameworks. He has also worked on several crowd sourced data annotation systems with Amazon’s Mechanical Turk. His Master’s Thesis while at Lehigh University was on the optimization of a Case-Based Reasoning AI that learned to beat opponents in a simplified area control game.

Justin is an avid gamer and enjoys programming mobile games as a hobby. He is also a lifelong New York Mets fan.